Artificial retention structures can be used to prevent and block pathways of concentrated run-off water, this reduces the erosion of soil and the translocation of sediments across sloping plots.

Artificial retention structure should be permeable to water and act to slow and disperse water flow to achieve the sedimentation of eroded particles. 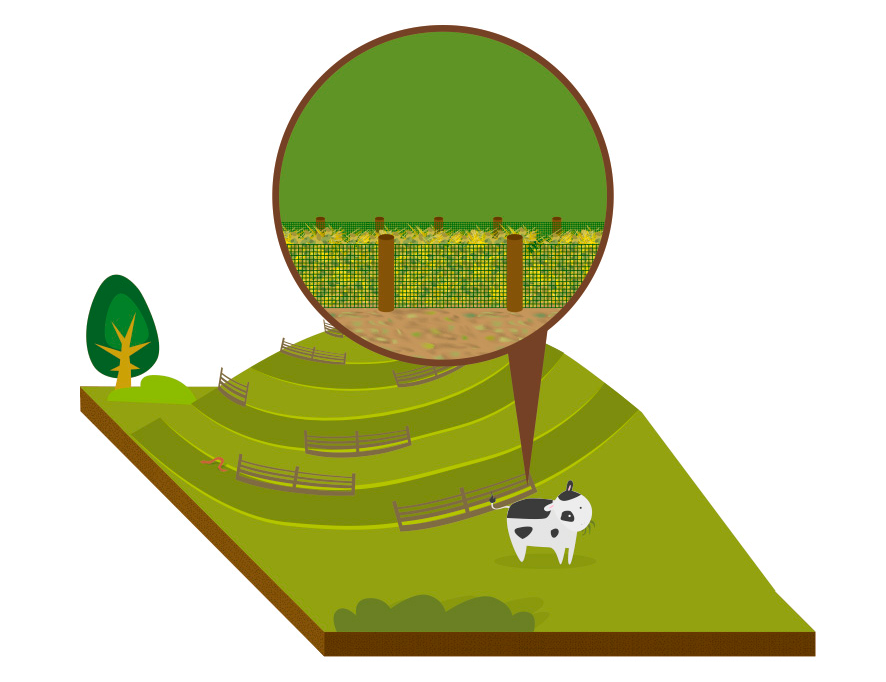 3.- Reduction of runoff and erosion

14.- Slowing down of water flow

15.- Retention of run-off water in field with slight slopes

19.- Protection of downstream areas by retaining and cleaning run-off water from sediments, nutrients, and PPP

10.- Avoidance of contamination (local and diffuse)

The implementation of this BMP could have a positive influence on the farmer’s perception.

There will be a change in the use of the soil in the surface used for the buffers.

Buffers could be a refuge for some species in which survival can be difficult in arable lands.

19.- Ratio between natural vegetation surface and total surface of the farm

Buffers will increase this ratio by making larger the natural vegetation surface (if this kind of vegetation is the one used in the buffer).

As buffers act as refuges, there will be an increase of biodiversity structures.

In the case of having vegetative buffers settled down across the slope to reduce plot’s length, this will aim to retain runoff water, and will also catch and filter NO3 levels, avoiding it to reach water streams.

Plants acting as buffers are a sink for GHG.